Another pole and solid iRacing Trophy points for Luke 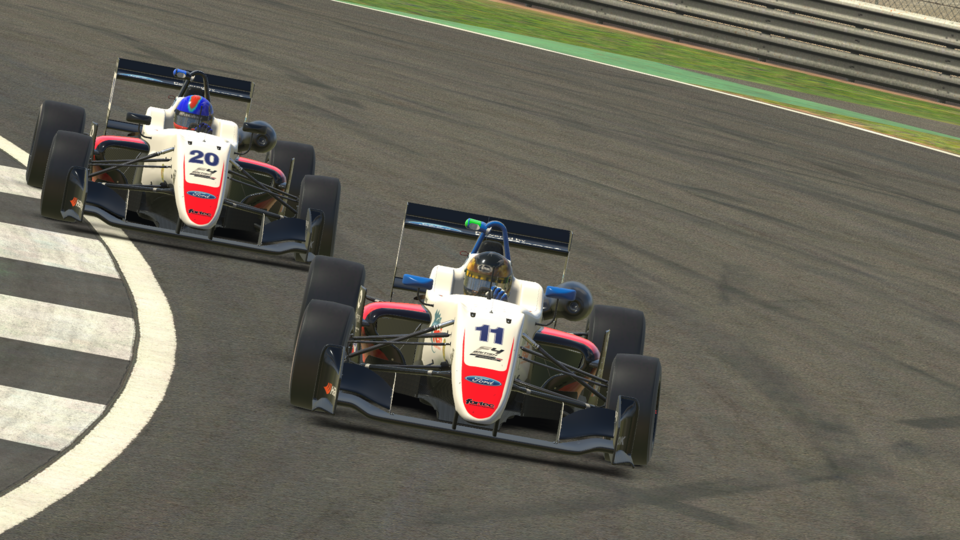 Rising star Luke Browning maintained his strong form in British F4’s iRacing Trophy during round three of the season at Silverstone.

Luke held the lead through the opening lap of race one but then suffered a spin at Becketts that dropped him down to twelfth spot.

From there, the Cheshire youngster fought back well to finish ninth and secure valuable championship points going into the second race of the evening.

After an early Safety Car period in race two, Luke found himself dicing for the podium places and a strong performance saw him take second being Zak O’Sullivan to leave him second to Lulham in the standings ahead of his ‘home’ event at Oulton Park.

“Silverstone got off to a great start in qualifying, taking my third pole position of the season,” he said. “I knew it would be so tight just because of the nature of the track. My plan was just to get through this round with as minimal damage as possible.

“Coming away only nine points off the lead of the championship puts me in a good position for my home track, Oulton Park, next Monday.”