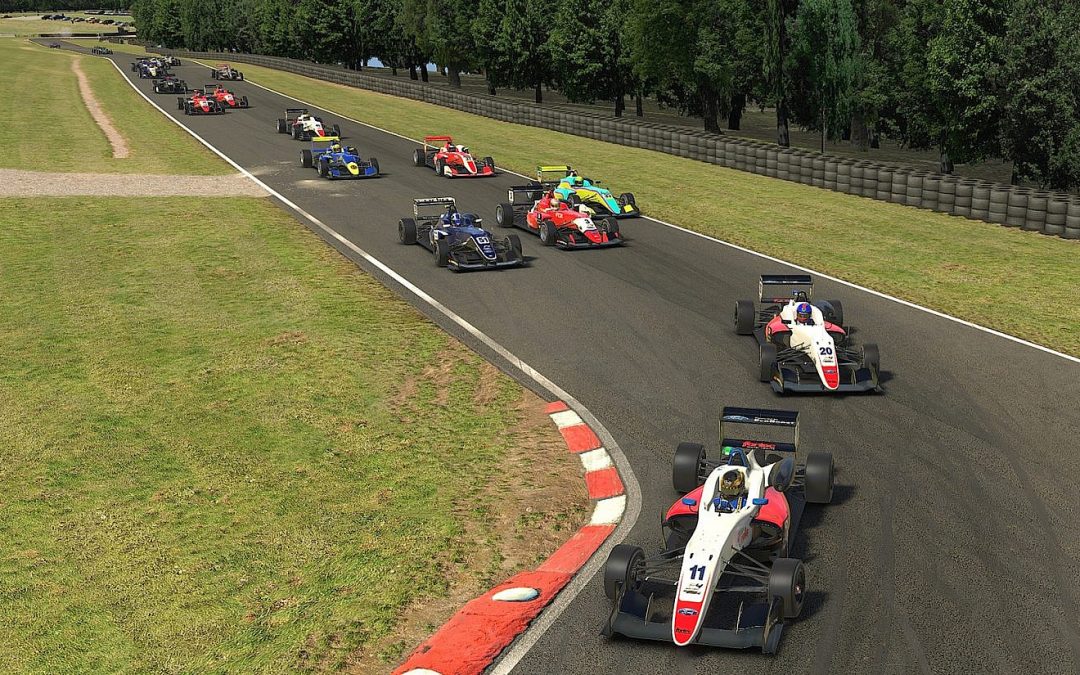 Luke Browning added to his win tally in the British F4 iRacing Trophy to close on the championship lead at Oulton Park.

Luke extended his run of pole positions to four at his local circuit, setting a best time of 1:13.675 around the 2.2-mile Island circuit to beat team-mate and championship leader Chris Lulham by 0.2 seconds.

Lulham edged at the start but Luke wasted little time in getting back ahead, and he would control proceedings after an early Safety Car period to become the first driver to secure three wins in the virtual series.

Starting 19th on the grid for the reverse grid second race, Luke avoided drama at the start that resulted in a number of incidents and led to the Safety Car being deployed once again to bunch up the field.

On the restart however, both Luke and Lulham were caught out when a car span on the circuit ahead of them and both drivers were forced into the pits, with Luke ultimately unable to score.

It means Luke remains second in the standings, three behind Lulham having outscored his team-mate across the event.