Luke does the double to extend advantage 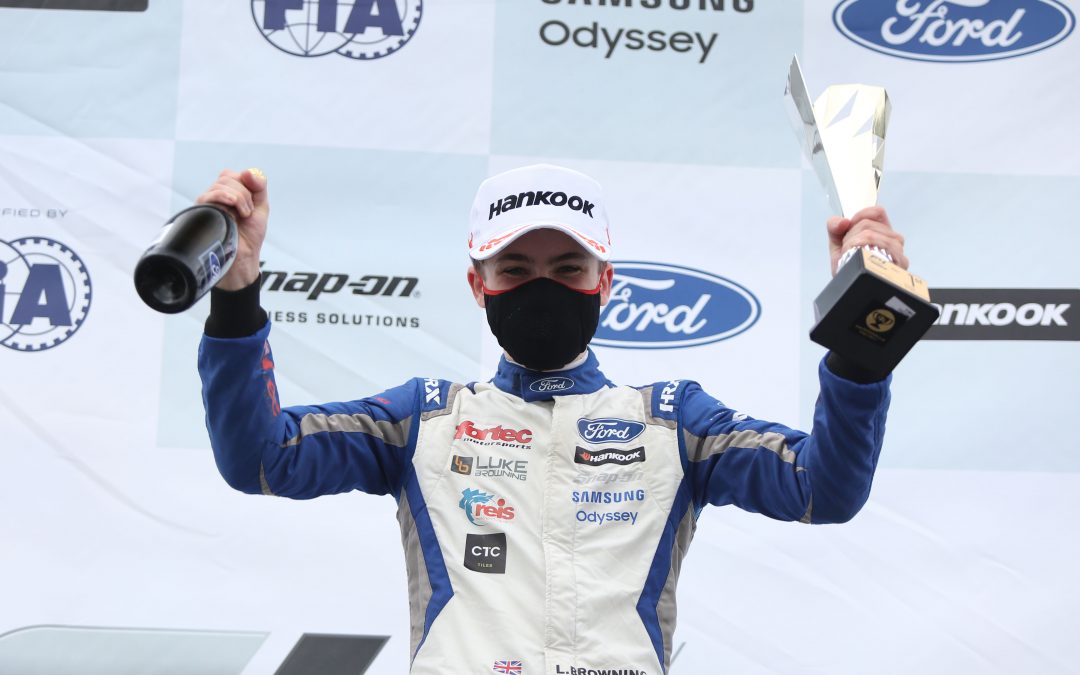 On the back of a stunning triple win at Oulton Park, rising star Luke Browning made it five victories from six starts after another weekend to remember as the F4 British Championship certified by FIA, powered by Ford EcoBoost headed to Scotland for the fourth meeting of the year.

The Cheshire racer had moved into the points lead with his perfect weekend on home soil a week earlier, and made the trip to Knockhill looking to extend his lead over main rival Zak O’Sullivan in the standings.

Having been the man to beat on track in practice at the wheel of his Fortec Motorsport-run car, Luke topped the times in qualifying with two laps that were good enough for pole position around the tricky circuit north of Edinburgh.

With the grid for race three being determined by the second quickest times posted in qualifying, that meant Luke also put the #11 car on pole for the final race, which would air live on ITV2.

The opening race of the weekend would prove to be a straightforward affair for Luke, who held his position at the head of the field when the lights went out and then edged away from the chasing pack behind to take a fourth successive race win.

That meant he equaled the series record, held by championship winners Jamie Caroline and Zane Maloney.

The reverse grid second race would leave Luke with more of a challenge as he attempted to work his way through the pack at a circuit where overtaking is notoriously difficult. Jumping up to third at the start before a safety car period to remove a car from the gravel at turn one, Luke managed to battle into second ahead of Roman Bilinski and then ran behind title rival O’Sullivan to the finish.

The final race would see Luke once again lead the way from start-to-finish with a dominant performance on track that also saw him break the lap record, ensuring that he heads into a three-week break before the next round at Thruxton having opened up a 38 point lead in the standings.

“I’m thrilled with the way the weekend has gone; it’s been phenomenal,” Luke reflected. “To secure pole position and take two wins is brilliant, and adding in the lap record in the final race was just the icing on the cake.

“We knew coming here that we would be strong and it’s great that we have been able to build on the success we had at Oulton Park. This is a championship that is all about scoring good points when you can, and that is certainly what we have managed to do in the last two rounds. Two wins and a second here is great for the championship after the triple win a week ago, and has given us a good lead in the standings.

“It’s nice to have a little break now and then I can start to prepare for Thruxton. It’s a tricky circuit where you need a bit of luck on your side but I’m sure that we’ll be strong when we get there.”