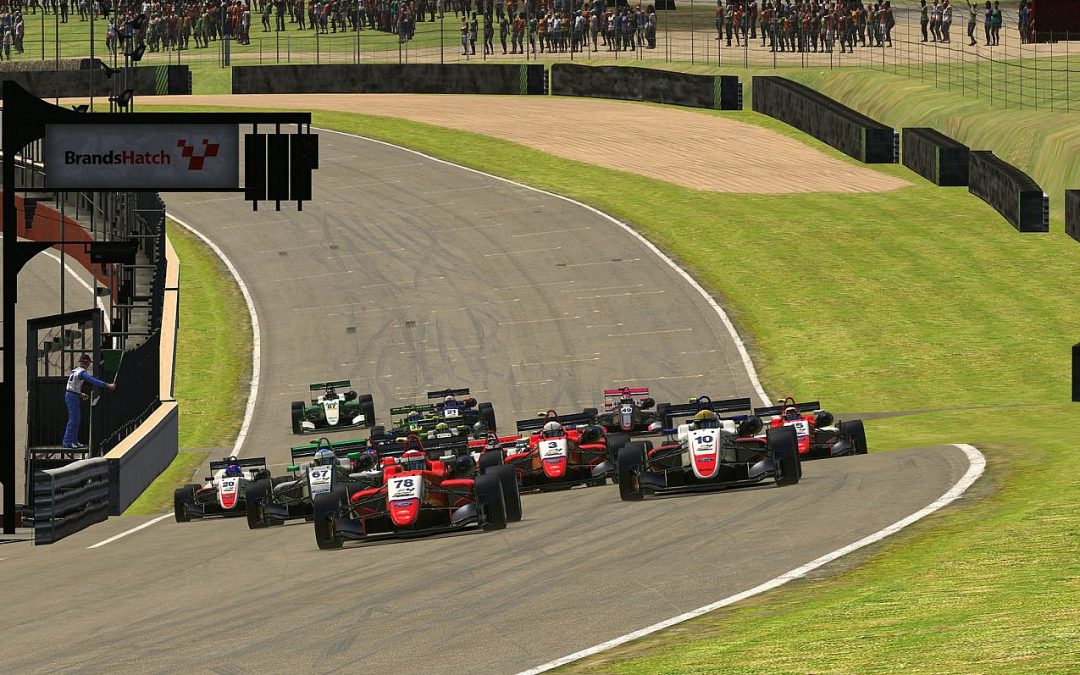 Rising star Luke Browning extended his lead in the British F4 iRacing Trophy points standings despite mixed fortunes on track in the second round of the campaign at Brands Hatch.

Luke – who is set to race for Fortec this season when the British F4 season finally gets underway – set pole position for the second consecutive meeting, edging out Zak O’Sullivan to earn his place at the front of the grid.

Although he would lose the lead at the start, Luke wasted little time in blasting back to the front after an early safety car period and romped away to a comfortable 4.4s win.

“I really enjoy Brands Hatch, it’s my favourite track,” he said. “It’s one I’ve had a win at in each category I’ve raced, so I’ve got some really fond memories around here and that’s clearly come into the virtual world as well.”

A drama-filled reverse grid however saw Luke fail to score after mid-race contact in the pack saw him lose the rear-wing of his car and meant he could only finish in eleventh spot, although the Cheshire-based racer take a six point championship lead into the third round of the campaign next week at Silverstone.