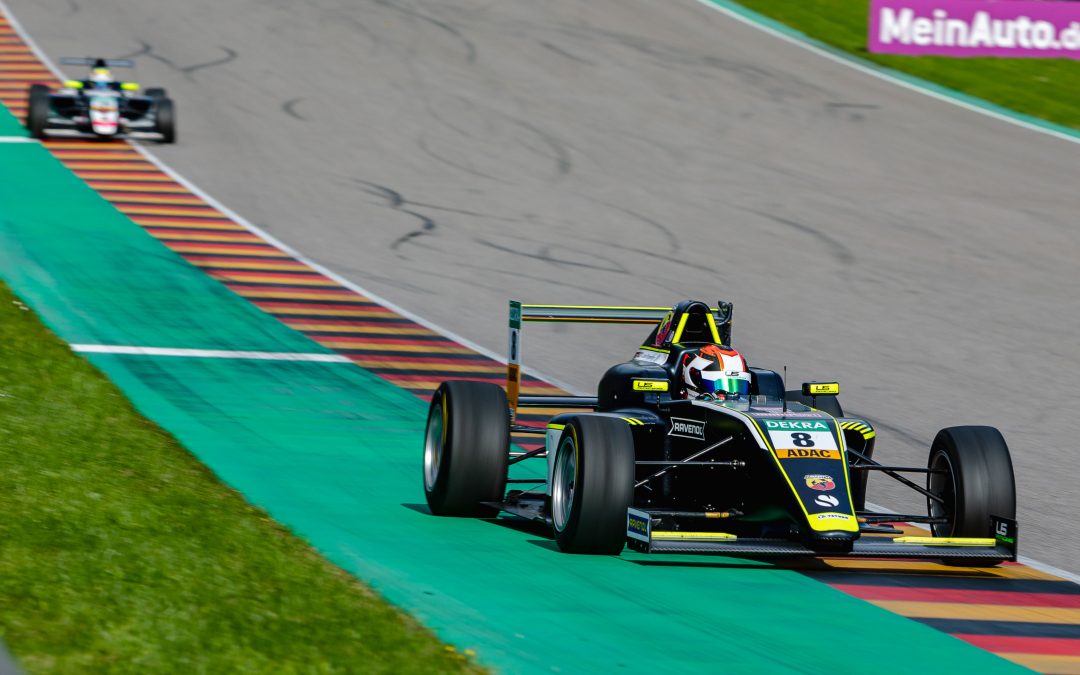 Rising star Luke Browning maintained his bid for the 2021 ADAC Formula 4 title as the series headed for the Sachenring for the latest three races of the campaign.

The US Racing driver was looking to keep the pressure on Oliver Bearman and team-mate Tim Tramnitz in the points having scored a double podium in the previous event at Hockenheim.

Luke would secure third place on the grid for the opening race of the weekend and when one better in qualifying for race two to earn a place on the front row.

The first race of the weekend would see Luke embroiled in a race long fight for second with Bearman that ended up with him crossing the line in third spot – right on the tail of his rival having posted the fastest lap.

Luke then hit the front at the start of race two to get ahead of team-mate Tramnitz but a small error allowed the German racer to nip back ahead; Luke following him home to give the team a 1-2 finish as he took his second podium of the weekend.

Seventh on the grid for the reverse grid final race, Luke saw his hopes of a third podium finish go when he was involved in contact with Victor Bernier as he tried to come through the pack, which limited him to a seventh place finish.

Luke remains third in the standings ahead of the return to Hockenheim later this month.