Luke remains in contention despite mixed fortunes at Snetterton 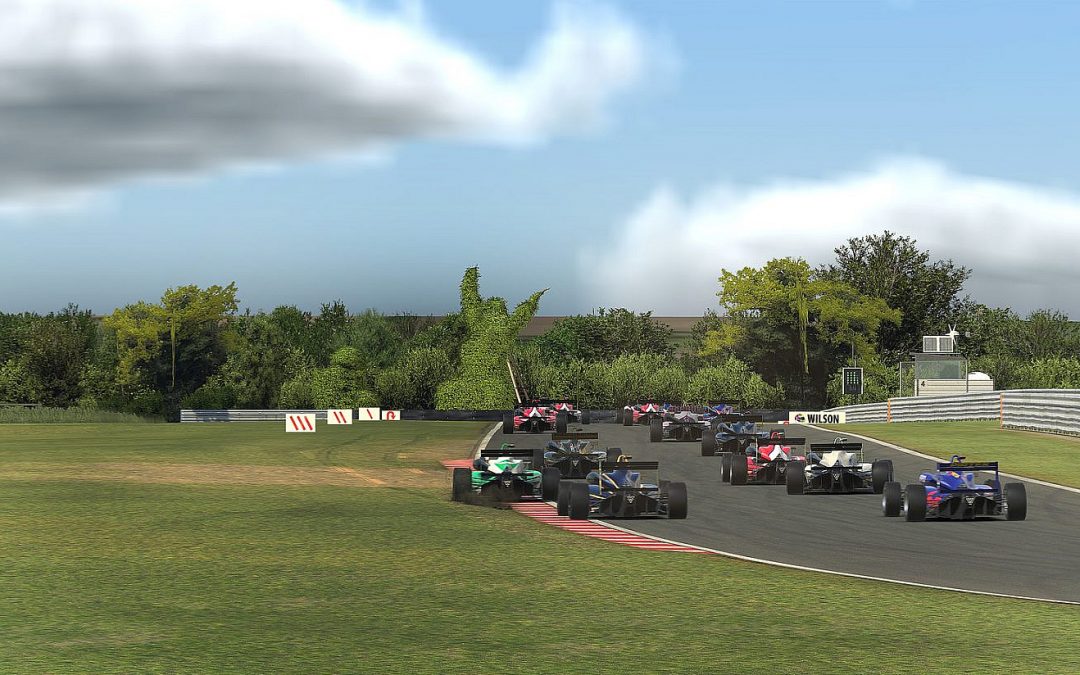 Fortec Motorsport’s Luke Browning remains firmly in contention for the British F4 iRacing Trophy despite a dramatic evening of racing at Snetterton.

Luke was once again the man to beat in qualifying as he secured a fifth successive pole position ahead of team-mate – and title rival – Chris Lulham, with the other man in realistic contention, Carlin’s Zak O’Sullivan, fifth on the grid.

When the lights went out for race one, Luke made the perfect start from pole as Lulham was forced on the defensive from Zane Maloney into Riches.

Even though the safety car then backed up the field behind him, Luke was in fine form as he streaked clear of the pack behind to secure a vital race win and move ahead of Lulham in the points.

The reverse grid second race would work against Luke however as he was caught up in drama on lap one that saw him forced to pit for repairs and drop to the back of the field.

From there, he fought back well to score points but victory for Lulham means he reclaims top spot in the standings – with Luke 17 points in arrears heading to the next round at Silverstone.