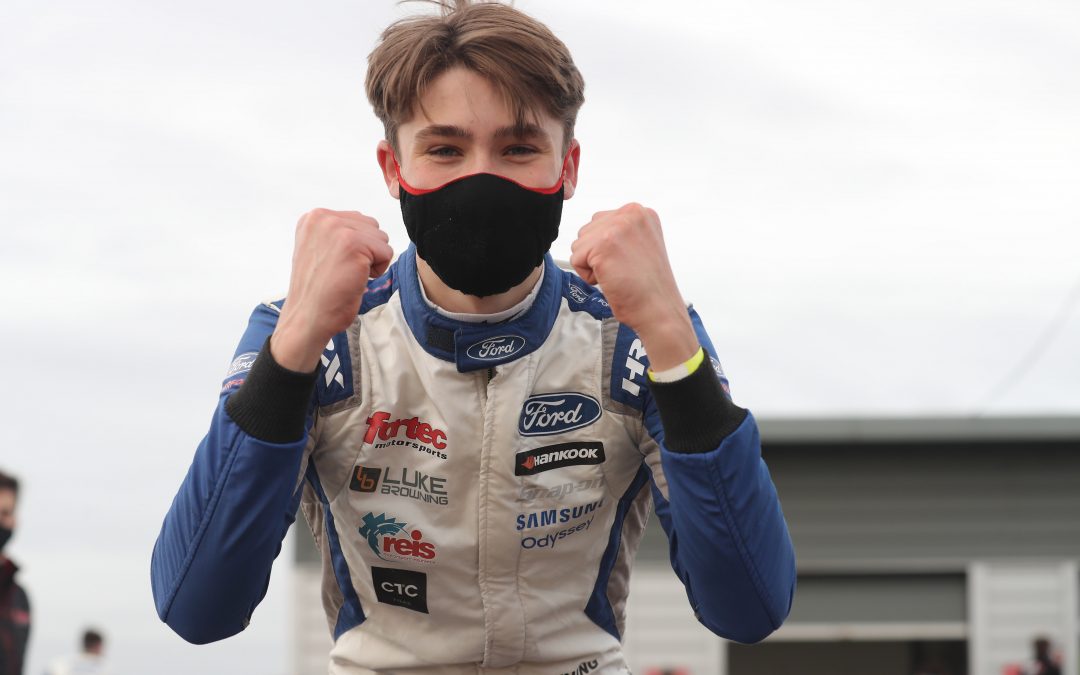 Rising star Luke Browning added to his victory tally in the F4 British Championship certified by FIA – powered by Ford EcoBoost at Snetterton to ensure that he will go into the season finale next month firmly in contention for the title.

The Fortec Motorsport driver held a 13 point lead going into the weekend and things started well in qualifying as he secured pole for the fourth time this season; a late lap putting him a quarter of a second ahead of title rival Zak O’Sullivan.

Luke was able to retain the lead ahead of his rival when the opening race of the weekend burst into live, but O’Sullivan moved ahead on lap two with a forceful move at Williams that saw Luke forced onto the grass heading onto the long Bentley Straight.

It was a move that also allowed Alex Connor and James Hedley to move through as Luke was demoted back down to fourth spot, although he moved back into the podium positions when they clashed and would cross the line in third spot.

Post race however Hedley was handed a penalty for contact with Connor and, crucially, O’Sullivan was also penalised for the move on Luke for the lead – meaning Luke inherited the race victory.

Luke followed that up with a solid fourth place finish in the reverse grid second race after seeing off the challenge of Abbi Pulling and Alex Connor and he then spent all of race three battling with O’Sullivan for the lead before ending the weekend with a second place finish.

That 14th podium finish in 23 starts means Luke will head to the Brands Hatch Indy circuit on the weekend of 14/15 November level on points with O’Sullivan in the standings – making the three-race season finale a winner takes all weekend for the title.