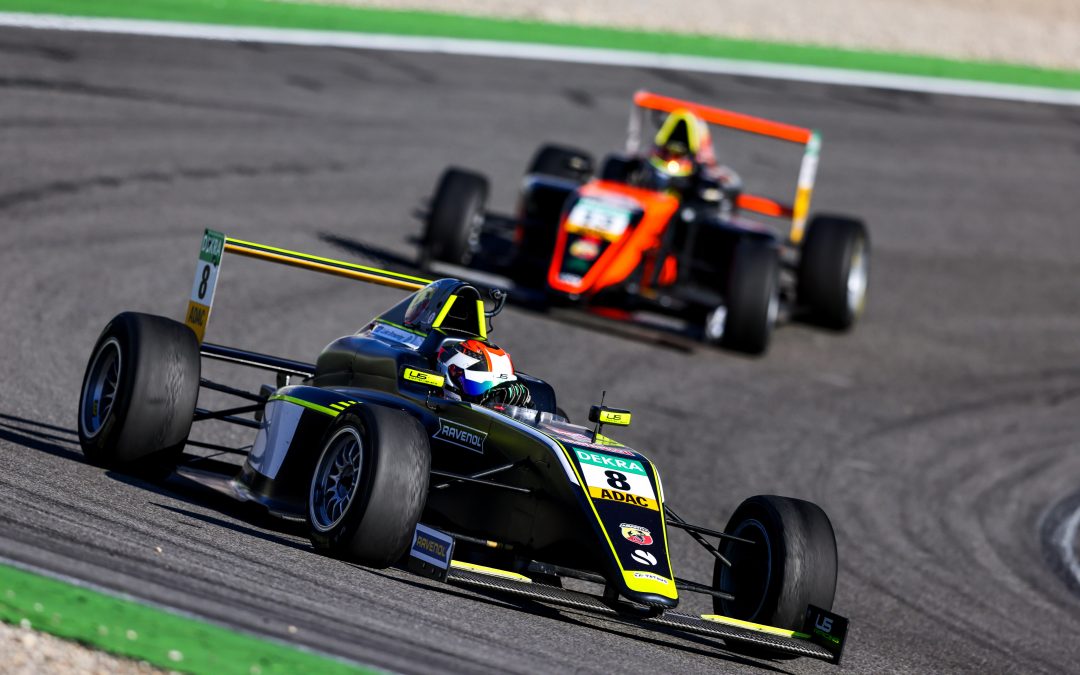 Rising star Luke Browning wrapped up a top three finish in the 2022 ADAC F4 Championship standings after a double podium finish in the season finale at the Nuburgring.

The Cheshire-based racer qualified in fourth place for the opening race of the weekend and fifth for race two, leaving him optimistic about his chances of fighting for silverware in the season finale.

Race one wouldn’t go to plan for the talented youngster however as he was forced to retire for the first time this season, with damage to the front wing seeing him go off into the gravel – leaving him with a watching brief trackside as the race drew to a close.

Keen to make amends in race two, which was shortened due to poor weather conditions that would delay the start of Sunday’s racing action, the US Racing driver was in his element as he stormed his way forwards from fifth to fight for the podium positions.

Once into the top three, Luke chased down Josh Dufek before a fine pass saw him grab second spot, which is where he would remain to the finish.

Seventh on the grid for the finale – which again featured a reverse grid element – Luke once again fought his way through the pack in fine style and grabbed a place on the podium when he nipped past squabbling pair Robert de Haan and Oliver Bearman.

Luke then saw off the challenge of champion elect Bearman in the final laps to end the year with an eighth podium of the campaign.

That ensured a top three championship finish at the end of his first year of European competition, with focus now turning towards the 2022 campaign.