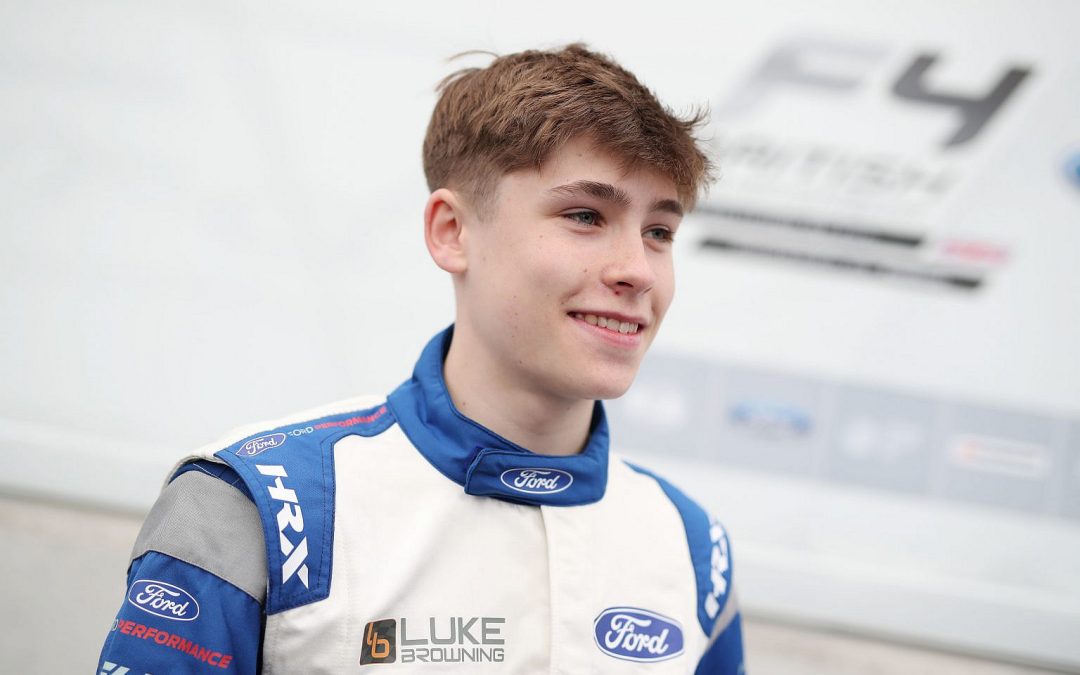 Luke’s debut season in Britain’s FIA-sanctioned Formula 4 series was impressive, to say the least; the Cheshire racer set the tone by storming to victory from tenth on the grid in torrentially wet conditions at the Brands Hatch season opener.

He would follow that up with a further victory at Thruxton, as well as an additional seven podium finishes across the campaign en route to sixth overall in the standings.

The switch to Richard Dutton’s renowned outfit signals Browning’s intent to return to the Ford EcoBoost-powered series for a full title assault in 2020.

Browning will join new team mates Roberto Faria and Rafael Villagomez in front of the media at Donington tomorrow for the series’ annual Media Day.

“I’m pleased to be able to announce I’ll be heading into my second year in British F4 with Fortec Motorsport,” commented Browning.

“The objective, of course, is to ultimately compete for the championship. I proved myself as a race winner and regular podium finisher last season, so there’s no reason we can’t build on that this time around.

“My focus at the moment is on hitting the ground running at Donington Park and getting the season off to the best possible start.”

Fortec’s F4 Team Manager Oliver Dutton underlined his happiness at signing Browning and believes the partnership will give the 18-year old the perfect platform to showcase his ability.

“Everybody at Fortec is delighted to welcome Luke to the team for the start of the 2020 British F4 season,” said Dutton.

“He’s a proven winner at this level and will fit in well alongside Roberto and Rafael. Between the three of them, we’re optimistic of starting the season on the front foot with some excellent results.

“We’re all concentrating now on the end of winter testing and making the best possible start at Donington Park later this month.”

Remaining in British F4 means Browning will continue to benefit from the series’ unique position as the sole single-seater support category on the UK’s premier motorsport package – the British Touring Car Championship.

That means capacity crowds spanning over 380,000 spectators across last season, along with live, free-to-air television coverage via ITV4.